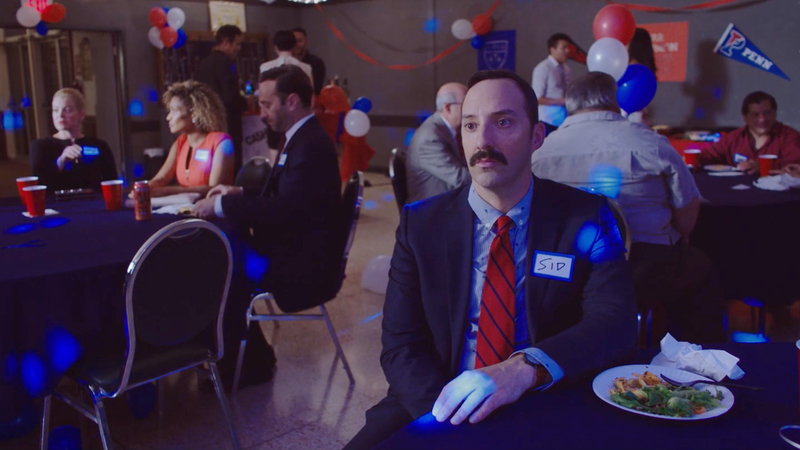 RAVING REVIEW: Comedic potential that’s through the roof but struggles to find the balance between that and the deeper story. Still a good watch with a great lesson for many.

My biggest argument against the story here is that the humor sometimes overshadows how dark the content is. While there is a legitimate attempt at balancing the two competing tones, it comes off more as a parody of this critical topic. The film's ending ultimately finds its way to a satisfying conclusion (even if it struggles a little to get there.)

The film's savior comes with incredible casting from top to bottom; Sid Straw (Tony Hale) plays the charismatic and occasionally misunderstood lead who feels right at home as a variation of his ARRESTED DEVELOPMENT character. The depth of the cast is where things get interesting; you have Elisha Cuthbert (in her attempted renaissance,) Danielle Brooks, Alan Tudyk, Sarah Chalke, Paul Walter Hauser, and several more whose names you may not recognize but faces you undoubtedly will.

The film’s story parallels the real world in many ways, including the struggles and dangers that social media can have. It also digs into the celebrity/fan dynamic in an intriguing way that I wasn’t expecting—having the fan be legitimately sympathetic but also shining a light on how a misunderstanding can blow up into a life-altering moment and show how you can step back and move forward.

At times the film feels more like a TV show from the 90s than it should, but other moments regain a genuine sense of purpose and pull you back into this simple story that somehow is larger than itself.

When push comes to shove, I enjoyed the film but was left thinking of what could’ve been; had they leaned into the darkness or made it a straight-up comedy.