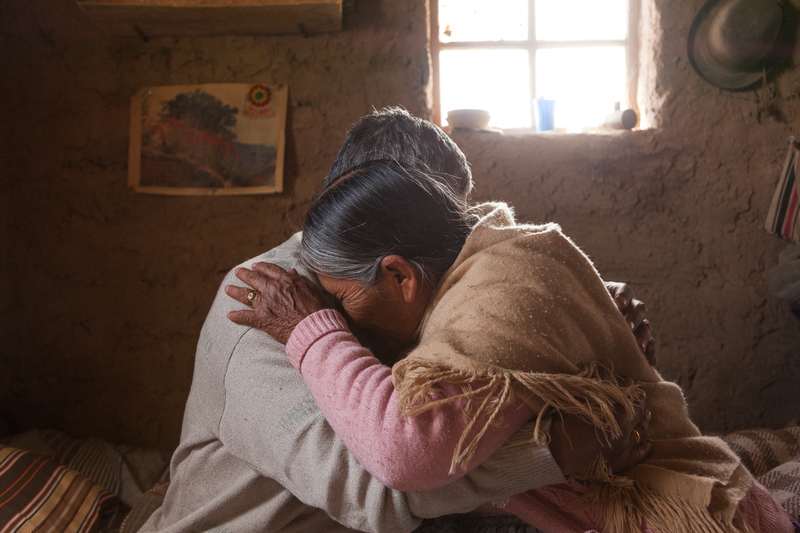 RAVING REVIEW: An excruciatingly (intentional) slow burn at times countered with a story of survival, love, loss, and the two-sided battle against moving forward.

If you like slow burn dramas that tell a small story, this film is for you. That may sound negative, but it isn’t at all. This intentional story is told in an intimate way that makes you fully invested in the family dynamic. In short, Clever (Santos Choque) decides to visit his grandparent's remote home, where he tries to convince them to leave for the nearby city with all the creature comforts they’re missing in the highlands.

Virginio (José Calcina) and Sisa (Luisa Quispe) play Choque’s grandparents and carry most of the film's heavy lifting. Oftentimes with little or no dialogue, which says more about their performances than anything. To get across the level of emotion and heart that you see on the screen here is an impressive feat, made even more impressive by the fact that they are first-time actors with a first time director/writer at the helm.

Seeing Clever’s battle in the film against the stubbornness of his grandparents is a constant struggle. You can feel both sides, seeing the pull back and forth that makes you want to root for both sides, even though you know throughout what’s best. I invested far more in the life of llama farmers than I ever thought I could. So while the story isn’t for everyone, if this is your type of film, I would assume you’ll instantly love it.

Selected as Bolivia’s official Oscar submission for Best International Feature for 2022, the film has a steep hill to climb against the 92 other submissions. Doing the Oscar Deathrace has opened my eyes to how many stories are never seen by most people. It saddens me that so many films are made each year, and so few are ultimately “mainstream.”