by Chris Jones
Published on November 2, 2022 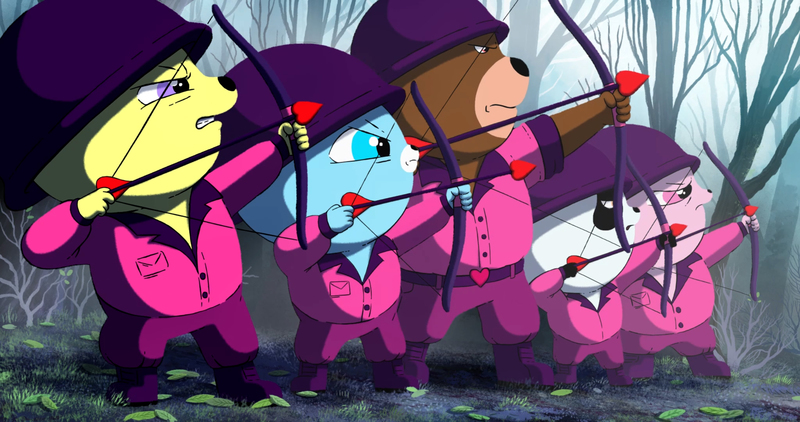 RAVING REVIEW: Not what you would think at all! A story of love, loss, and war in the disguise of some of the most adorable animated characters you’ll ever see.

I’m a fan of taking animation to places you’re not expecting. For the general audience, animation tends to be viewed as a medium for children's stories. While that’s not bad, I think artists willing to flex the genre in different ways should be recognized for taking these risks. This is evident from last year's Academy Awards, with the film FLEE being nominated for best-animated film, best documentary, and best international film simultaneously. This year's submission from Canada ETERNAL SPRING is trying to repeat that success by qualifying for all three categories.

While this is a very different experience than those, it still takes animation and uses it as a medium for something entirely different. I’ve seen this trend emerging more and more with the successful runs of TV series like HARLEY QUINN and RICK AND MORTY. This isn’t necessarily a new idea, but this may be one of the best feature-length attempts I’ve seen.

The film was supposedly inspired by BAMBI, APOCALYPSE NOW, and the BIBLE, so to say there was a message here would be obvious. The animation in the film is incredible; it depicts scenes that you wouldn’t think should work in a charming and fun way. Taking teddy bears into the battlefield calls for unique storytelling, and at times this seems to lose its way but ultimately makes up for it with the over-the-top craziness. I’ve seen some complaints about the nasty visuals, but that made the film much more impressive.

You don’t have to keep baby in the corner; why can’t a war between teddy bears and unicorns be violent, disturbing, and graphic? Take risks, push the envelope, and use your imagination. This film checks all those boxes and more.